Learn how to ensure you get only numbers from users when you ask.

We want the user to say '10' because it's a number - not '10 years old', which is a word. But of course, it would be bad user experience to ask them beforehand to say only the number - and even then some users may not 'get it' and would still say a word.

So, we want to do a check on their response after they give it to make sure. We can do this by using an IF block after we capture the user's response, and doing a check. If it's a number - everything is OK and the user doesn't even realize we did a check. If it's not a number, we can ask the user to do it again but only saying the number.

For developers wondering how this process works saying to themselves "isn't everything a user says a word?".... yes - but Voiceflow detects if the word said by the user corresponds to a number such as the word 'eight' - and then we convert it to the number '8'.

Running a number check
If you're doing some calculations with user inputs and want only numbers, you need a handy way to check if you got a number. You can do this by using an IF block after a capture block. Inside the IF block, we're going to set a conditional for:

What we are doing above is using the IF Block to determine if the {variable} we captured in the capture block is a number. It doesn't matter what number it is, a number minus itself is always 0 - which is TRUE. If the user said anything that isn't a number, then the IF block will be FALSE because "{word} - {word} = 0 " is NOT TRUE because these are words, not numbers.

The whole setup, including the IF block checking looks like this:

The logic looks like this in the IF block: 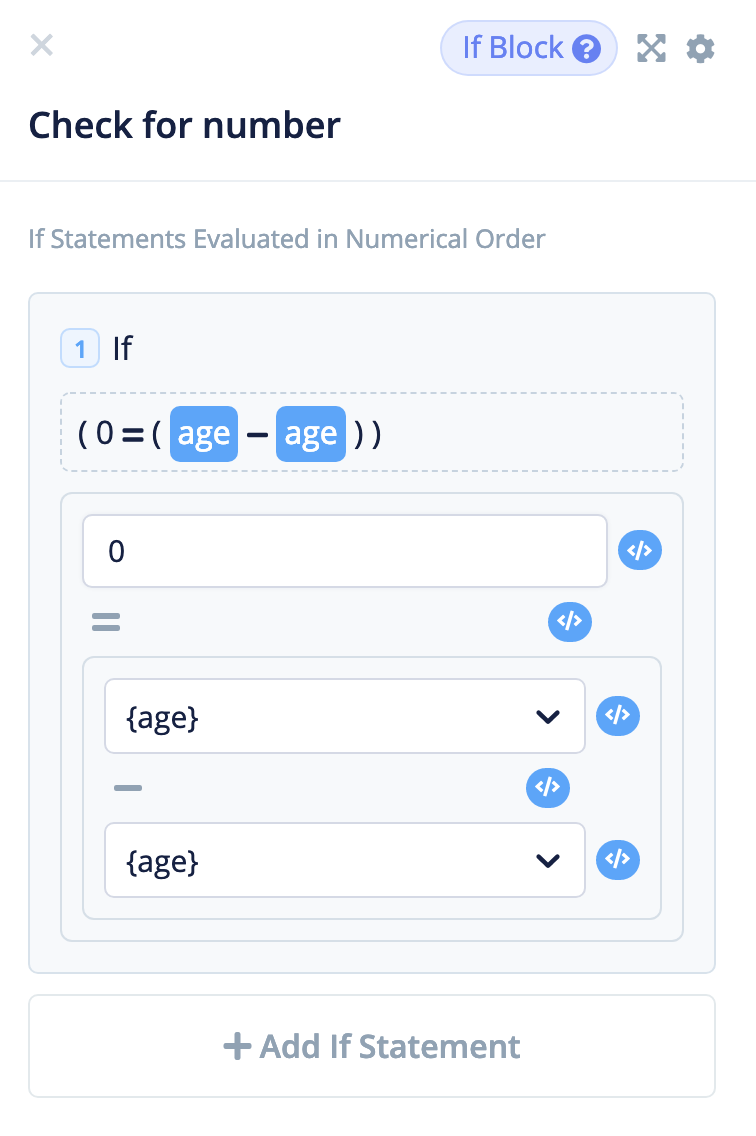 This method ensures that you always get a number from the user, without any skill-breaking user responses.

Special thanks to Drew who inspired this post with his voice app 'Cam Expert' made with Voiceflow - which uses this concept a lot.

Send us an email!
Did this answer your question?